A Love Letter to Austin, Texas  By SabbaticalHomes
On October 14, 2017

A Love Letter to Austin, Texas 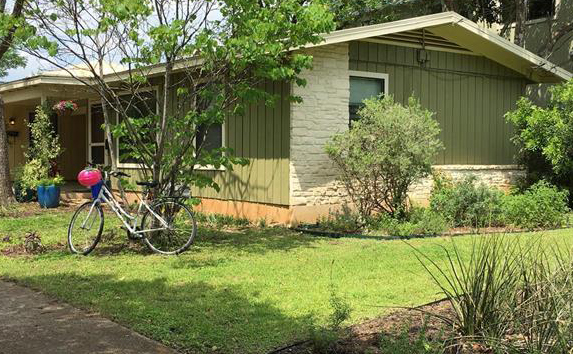 We wanted to put the spotlight on smaller college towns in America where the quality of life is high. These smaller spots on the map tend to offer big city advantages thanks to the cultural and cosmopolitan influx created by universities (such as theater, concerts, & public lectures) minus big city inconveniences (like high property prices, traffic, & pollution).

Austinites are proud to Keep Austin Weird. Just under a million people live in this Texas city full-time. It’s home to the University of Texas at Austin and a large community college district, along with several private, nonprofit schools. What makes this place special is its focus on music, film, and the arts. The unique blend of cultures welcomed here make it a mecca for creative souls who love the sun and temperate weather.

Austin is many things to many people, but anyone from here will tell you, the heart of this town is its music. In fact, Austin is The Live Music Capital of the World®. That’s no joke; with over 250 live venues available at any given time, Austin offers up a refreshing variety, from classical to classic folk, rock, and even music that defies description. There are also festivals that come around once a year and focus on specific cultures or styles of music. April brings a “family-centric” Urban Music Festival, and in May, Latino Music Month is celebrated. In October, there’s the iconic Austin City Limits Music Festival. Every month of the year, something is happening. One thing is for sure; there’s something here for everyone. That’s just how it’s done in Austin.

While music is the heart of the city, it isn’t the only thing you may find here. The independent film industry is a big business, and Austin has its own commission to handle the details. In addition, Austin offers numerous film and art festivals. There are dozens of museums and galleries, and most of them are free of charge. Some of the most notable is the LBJ Presidential Library, the O. Henry Museum, and the Blanton Museum of Art. That said, there are also plenty of things for children and families to go and do together. Things like Zilker Park, a 351-acre green space with swimming holes, canoe rentals, sports fields, and art museums to visit. Best of all, the people of this city really do celebrate diversity. There’s the Emma S. Barrientos Mexican American Cultural Center, and the George Washington Carver Museum and Cultural Center in the important Six-Square (a district devoted to African-American culture), for example. The many celebrations, parades, and markets devoted to all kinds of people give the urban center a cosmopolitan feel.

No matter your age, background, or life experience, you will find a place that’s right for you in Austin.