Amsterdam for the Adventurous Traveler  By SabbaticalHomes
On September 4, 2016

Amsterdam for the Adventurous Traveler 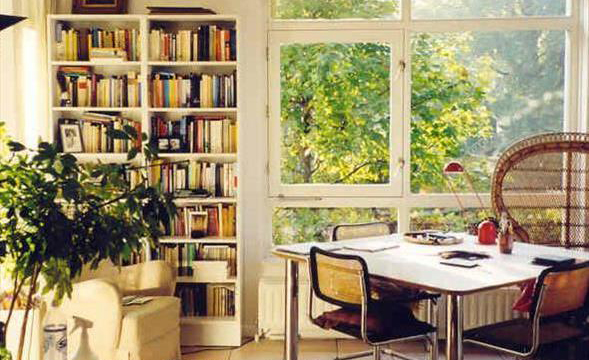 Amsterdam was once a dominant capital of European culture and commerce, and in many ways, this is still the case. In modern times, with such a progressive view of life, this city also offers eye-opening encounters. If you are adventuresome and are willing to have some fun, Amsterdam will give you many memorable experiences. Sound like a place you’d like to spend some time? Find the perfect home rental or home exchange in Amsterdam for your sabbatical, semester, or summer on SabbaticalHomes.com.

Easy and inexpensive; in fact, it is the most common mode of transportation. Unlike many other cities, many of Amsterdam’s streets and paths are too small for cars. Add to that the fact that the land is crisscrossed by canals, and bicycles just make sense. There are over two dozen companies and government-owned options to use. You cover more ground, get a great workout, and blend in.

One of the top destinations for all curious travelers. Some of what you have heard is true; the streets are lined with shop windows, each filled with women advertising themselves as “available.” When a customer stops in, they close the curtains and the show is over for the time being. In addition to this spectacle, there are “exotic” shops and museums. Most of the people walking in the streets are visitors giggling and taking pictures.

A fun place to unwind in a very Dutch way. This café/bar has been in service since 1662, so they must be doing something right! The best way to approach this place is by boat; in fact, there is a dock for visitors only. There are tables, music, beer, food, and plenty of people.

A hip part of the city, but it wasn’t always that way. It was originally built in the early 1600’s to house immigrants and poor families. It was essentially a slum with open sewers and no running water. In the 1970’s, city officials had plans to flatten all the old architecture in favor of plain, cement-slab projects. Caving to public outcry, the government relented. Over the years, the area has been gentrified instead and is now home to artists, students, and trendy shops.

A project the nonprofit organization, Glamorous Outcasts. This project started in 2010 as a statement in response to gentrification, and it has grown in support and in exposure. As of 2013, there were 50 commissioned artworks and murals painted on approved building edifices in Amsterdam Nieuw-West. This is not simple graffiti; rather these are contemporary artists working on a large scale.

A fun place to visit once a month. It is the biggest flea market in Europe, filled with over 750 stalls. All it takes to get there is a quick ferryboat ride from Amsterdam Central. Another option is free parking with a three-minute walk over a bridge. You can find anything from clothes and jewelry to books and furniture. The only caveat is that no wares are new; this is a second-hand market, often filled with antiques.