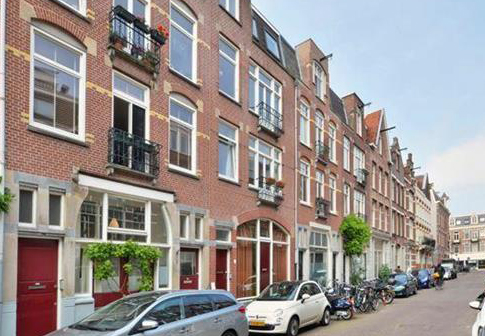 The Netherlands is a fascinating and progressive place. After finding the perfect home rental or home exchange in the Netherlands on SabbaticalHomes.com, experience city life by hitting the streets for some good eats! Part of street life is the cuisine you will encounter. Most of it is not considered health food, but it is unique to the Dutch, and a great way to experience Dutch culture up close.

They’re not exactly healthy, but your taste buds will thank you! Dutch Fries are thick and heavy, and served in a big paper cone. What makes them special is the toppings. Years ago, everyone just ate them with a large glop of mayonnaise. Today, there are other choices: patat speciaal which is ketchup, curry, onions, and mayonnaise, or patatje oorlog which is mayonnaise, onions, and peanut satay sauce.

A Dutch version of deep-fried white fish, although it is not often served with “chips” or fries. Instead, this mostly cod dish is served on the streets with a mixture of mayonnaise, lemon, and an herb sauce.

Not a health food, but it is uniquely Dutch. It is a deep-fried roll with various filling options inside. Traditionally, that filling is beef or veal, but more recently, choices like shrimp, chicken satay, or even vegetarian are available. The outside of the roll is covered in breadcrumbs which gives it the expected crunch.

Available from street vendors, but it is also popular in bars because it goes so well with beer. It is a meat-based, deep-fried ball, served with mustard. Like the kroket, it has a crunchy outer shell of breadcrumbs. One word of caution: the internal temperature is very hot!

A baked ginger cake whose name means “breakfast cake,” but nothing says you can’t eat it any time of day. It is so dense and rich that it doesn’t take much (with a dollop of local butter) to satisfy you!

It may be thin, but it is a sugar overload! It is made of two thin, crispy waffles with very sweet, carmel-like syrup smeared between them. They may be sticky and messy, but they are best eaten hot and straight from the vendor!

A healthier option than the other foods listed above. It is a heavy split pea soup, normally consumed in winter. You may think that soup doesn’t make good street cuisine, but it is popular with skaters trying to keep warm.

The Dutch word for cheese. You may wonder why cheese would be such a popular street food, but it makes sense if you know something about the Netherlands and its economy. Dairy farms are everywhere, and dairy products are very popular. In fact, they export more cheese than just about any other European country. Gouda and Edam are the best-known Dutch cheeses, which have been named from the cities where certain markets have been in operation for over 600 years.