Edinburgh for the Adventurous Traveler  By SabbaticalHomes
On September 4, 2016

Edinburgh for the Adventurous Traveler 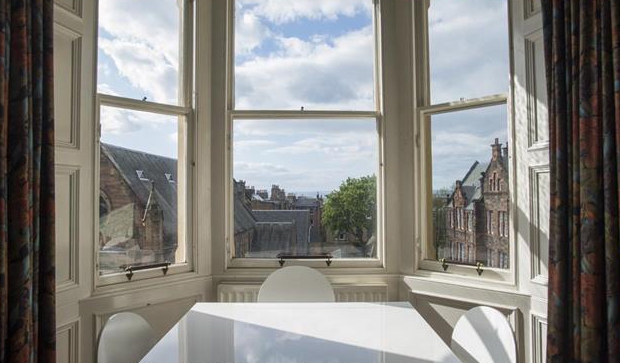 After you’ve found your perfect Sabbatical Home for your home rental or home exchange in Edinburgh, Scotland then it’s time to explore top sites in Edinburgh for the Adventurous Traveler.

Held every August since 1947. It is an international festival, celebrating the arts of all kinds. There are permanent commissions on display in the city, such as Regent Bridge at Calton Road and The Stairwell Project at the Scottish National Gallery of Modern Art. If you want to give new artists a try, take a look at Platform, which profiles the work of just a handful of local talent. Lastly, if you wish to peruse the events on your own, the University of Edinburgh came up with an app for your phone, called “Artcasting.”

Overlapping the traditional Art Festival by a few days, but a very different experience. During these festivals in August, Edinburgh doubles in size. It is best to book your home rental, tickets, and itineraries far in advance as a result. This festival has been going on for as long as its more conservative cousin, and if you enjoy the Avant-garde, this is the destination for you! There are street performers, buskers, living statues, pipers, and an assortment of other rotating artists in addition to actual exhibits.

A more touristy stop, but nonetheless it is fun for thrill seekers. A “close” is a side street with a dead end in Old Town, where the poor people lived. Each close was named after the most important resident there. Mary King was a businesswoman, and the fact that a close was named after a woman at all meant that she was something special. So why the myths and legends about this particular close? In part it is because these streets were once open but have been built over, and they look dark and spooky. Besides, who doesn’t like a good ghost story? Apparently, after some archaeological digs on the site, some disturbing facts added to the already strange stories. The result is an affordable guided tour with special events on Halloween and Christmas.

Often overlooked by tourists who only want to see the main sites. It runs from Falkirk to Edinburgh, and you have a few options. There is a pathway that runs along the canal where you may walk or ride a bicycle, and there are barges for hire if you wish to float down the canal. Interestingly, it was not completely restored until 2002, and now it is in excellent shape.

One of the more sentimental sites in Edinburgh. The story is about a Skye Terrier named Bobby whose owner, John Gray, was a night watchman. The little dog followed him everywhere. When Mr. Gray died and was buried in Greyfriar’s Kirkyard, his loyal dog would not leave his gravesite. Locals adopted the dog and fed him until he died. At that time, he was buried close to his master. To commemorate the legend, a statue was erected by the pub where he stopped to eat each day. Travelers used to rub his nose for good luck, but that is no longer permitted because his nose has worn thin.