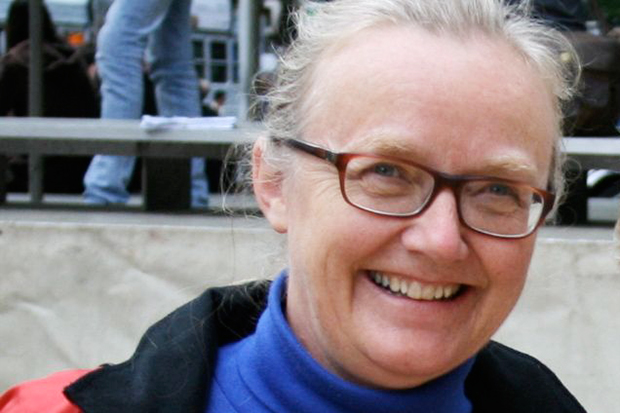 Based at the University of Toronto, Dr. Kari Dehli is a Professor in the Department of Sociology and Equity Studies in Education, at the Ontario Institute for Studies in Education. Dr. Dehli was the first Faculty Director of the Centre for Media and Culture in Education. Through the centre she started the Media Education Working Group, an active network of educators, media activists, researchers and graduate students. MEWG advocates for critical media education and media literacy in elementary and secondary schools, as well as in universities and faculties of education.

For this installment of our Faculty Spotlight series, we discussed the role of media education in schools, as well as her interest in education policy and reform with Dr. Dehli.

Q. You have been involved in a three-year study focused on media education in Canada, Australia and the UK. Can you share some of your findings?

A. Media education is a relatively young school subject, brought into the curriculum during the 1970s in Canada, Australia and the UK. Although media are all around us and young people are immersed in them, media education remains marginal and contentious. I wanted to understand how the study of media was brought into schools and why it is a target of so much criticism. In the study I learned that media education is most secure and legitimate in places where teachers are required to obtain formal qualifications to teach it. Well-qualified teachers are recognized and respected as professionals by colleagues, and they are able to advocate for the subject and to maintain its status. This is the case in Australia, especially in the states of Victoria and Western Australia. While media education has an established history in the UK and in Ontario, Canada, the preparation of teachers there is less formal and the subject has been the target of much criticism. Education reforms that emphasize testing and standardized exams have also had a negative impact on media education, where much of the focus is on creativity and collaborative projects

A. When I began studying the relations between parents and schools in the early 1980s, few researchers were interested in this topic. Then, a wave of education reform through the 1980s and 1990s emphasized the role of parents in children’s education. Many researchers turned their attention to parents, arguing that they have a huge influence on children’s school achievement. Along with colleagues who were critical of the broader implications of school reforms (and research) focused on parental involvement or parental choice, I suggested that such reforms served to shift responsibility to families, and to increase educational inequality.

Q. It sounds like you travel quite a bit. Have you used our service during your research?

A. I used the service of SabbaticalHomes.com while conducting research for my media education study. Through SH, I was able to find a house to rent in a convenient location and at a reasonable price.

Q. How was renting a home owned by another academic an asset to your trip?

A. The house that we rented had internet access and an office-space, both of which are very important. Internet access allowed me to remain in touch with colleagues and graduate students in Toronto while I was away, as well as to access library, government and archival resources. Having a good workspace ‘at home’ was also very helpful. The house we rented was very comfortable and bright, in a location with easy access to underground and bus routes, good local shops and parks.

Q. Where is your dream sabbatical/travel destination?

A. London remains at the top of my list, along with Melbourne and New York City.

Sara Priztkat frequently corresponds with Sabbatical Homes members via our communications team. Her goal is to help you optimally use our site to find, or offer, the perfect home exchange or rental. She also enjoys writing about our members, their adventures and accomplishments.