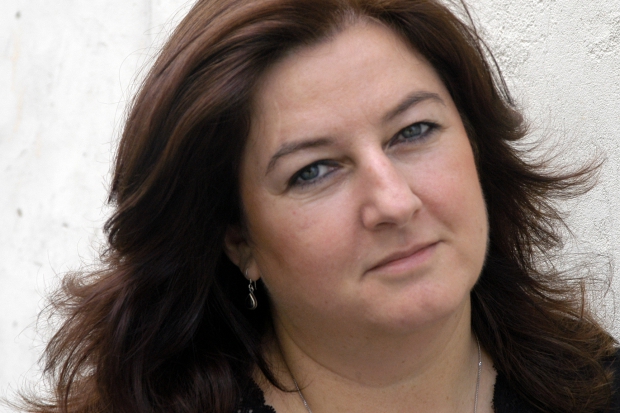 SabbaticalHomes.com is proud to highlight our latest notable member, author and historian Julie Peakman. In her book Hitler’s Island War, Julie brings to light the brave men who fought in World War II on the Greek islands, an aspect of the war that gets little attention. We asked Julie some questions about her new book, her inspiration, and her experience with SabbaticalHomes.com. Check out her interview below:

What is Hitler’s Island War about?

In September 1943, at the height of World War II, the Greek island of Leros became the site of the most pivotal battle of the Dodecanese campaign as the British tried, in vain, to retain control of the island. From the Italian capitulation on 8 September 1943 to the end of the Battle of Leros on 16 November, thousands of British, Italian and German men lost their lives and thousands more ended up in prisoner-of-war camps.

What inspired you to write this book?

I first landed in Leros in August 1975 at the age of 17. The Turks had invaded Greek Cyprus the previous year and war had ensued. The Greek junta had fallen at the same time making a trip to Greece more favourable. I landed with a small knapsack, new Greek sandals, a sundress, suntan lotion and a sense of adventure. I never knew that this would change my life. Since first seeing Leros in 1975, I dreamt of having a place of my own on the island and I eventually bought a tiny run-down peasant’s cottage in 2001. That was the beginning of my obsession with the subject of Hitler’s lsland War.

But I think the feelings which induced me to write this book must have always been there at the back of my mind, ever since I walked into Leros British War cemetery on my 18th birthday. I saw all these graves of young men, the same age as me, with no life in front of them as I then hoped for. I knew nothing about the Battle of Leros then, nor what part it has played in the war, only that all these men had died fighting for an ideal of democracy which they held dear. The fact that I shared their ideal breached the time and space now between us. These young men had died fighting for their country during the war (when my parents were then still teenagers themselves) and made it possible for me to live my life as I was doing then. The memory of that birthday always stayed with me.

What your experience has been researching and writing it?

I started with trying to trace the soldiers who had fought in the Battle of Leros all those years ago. It was a hard job and took some time. I wrote to military museums of the regiments involved, I wrote on military forums, I tracked people who were at the Leros vets reunion…few of them were still alive. They lived up and down the country so I travelled about with my tape recorder interviewing as many of them as I could.

It was an honour to meet them. Many of them had never shared their story with anyone, not even their closest family. They all seemed to know that this was their last chance to tell their story. I just hope I have done them justice.

Anything you’d like the world to know about your book that people don’t usually ask?

This part of the war is not well-known and the full story has never been told from the point of view of the men involved.

Many soldiers died fighting for our freedom and this battle and these men need to be remembered.

You mentioned SabbaticalHomes.com has been helpful to struggling authors—can you expand a little on that?

Few writers earn a living wage these days, apart from the nest selling 2 %. Publishing is a tough business, even more so for those of us who write history. Yet many of us feel compelled to tell real stories which are little known and these stories need telling.

We often have to travel long distances to find our stories and SabbaticalHomes.com is a boon for us. It is a great way to travel and stay closer to libraries for our research in homes of other academics who understand our work and offer a safe haven. It also saves on costs.

Can you share some stories about the people you’ve met through SabbaticalHomes.com?

Sabbatical Homes is a great way of making friends. Quite a few of the people who come to stay with us are repeaters so we must be doing something right!  Many of the people who visit us share the same academic interests and we often either cook for people or we end up going out for dinner together.

What’s next? Do you have another project in the works?

I am currently in the middle of a novel called Andonis’s War, a love and war story based on my research in Leros.

I also have a commission to write a new history book entitled Licentious Worlds: Sexual Culture in Empire Building with Reaktion Books.

We enjoy catching up with our notable members and writing about their multifaceted adventures and accomplishments. Do you have a Sabbatical Homes story you’d like to share? We want to hear from you!