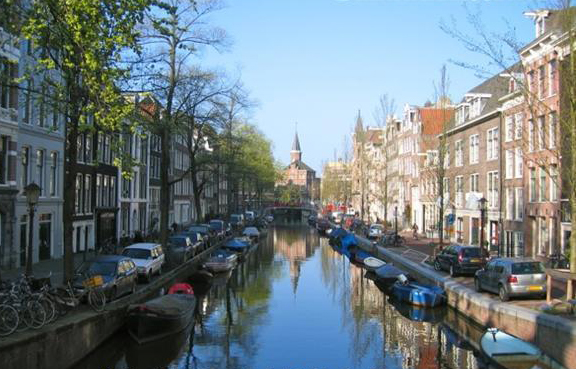 Tips for the Seasoned Traveler in Amsterdam, Netherlands. You’ve booked your Amsterdam home rental or home exchange on SabbaticalHomes.com and you’re ready to go! We’ve compiled a list of unique places to check out while traveling in Amsterdam.

Amsterdam is the capitol of, and largest city in, the Netherlands. Full of history, culture, and progressive ideas, Amsterdam is an edifying vacation destination. Their stock exchange is the oldest in the world, and in the 17th century, this city became one of the most vital ports in the known world during the Dutch Golden Age.

The Anne Frank House and Museum

A must-see if you venture into Amsterdam. Most people are aware of The Diary of Anne Frank or are at least aware of who she was. After a series of nail-biting close calls, Otto Frank, with the help of many people, was able to open the Anne Frank house to the public in 1960. Since that time, the museum has expanded and offered more educational opportunities. There is even a free app for your smart phone called “Anne’s Amsterdam App.” It was created by the official museum. You will see the city through Anne’s eyes: people she knew, places where she played, where she went to school, and pictures of what certain locations looked like in her time.

An art lover’s dream. This museum in the heart of Amsterdam is located in Rembrandt’s home of twenty years. It serves as both a tribute to his art and a three-dimensional view of 17th century life in the Netherlands through his paintings as well as period furniture and objects.

A modern art lover’s dream. The building houses a library, café, store, and a number of educational opportunities. In addition to an impressive collection of his paintings and drawings, there are letters and temporary collections. It is a moving tribute to the troubled genius.

It appears to be yet another interesting old building sandwiched between modern shops on a busy street on the outside, but inside, it is a marvel. The theater opened in 1921 and in the early 21st century, it was renovated in keeping with the original plans. A new wing was added and connected through a passage so as not to take away from the original. The theater encompasses several architectural and artistic styles, including Craftsman Style, Art Nouveau, Art Deco, and the Amsterdam School of Expressionist architecture. In 1940, a special Wurlitzer-Strunk theater organ was added for dramatic flair. This marvel was conceived and built by Abraham Icek Tuschuniski, a Polish Jew living in Amsterdam. Sadly, he and his family were shipped off to concentration camps where they later died.

One of several organ music options around the city in the summer months. This particular option draws world-celebrated organists to play on the St. Nicholas Church’s Sauer Organ, which was built in 1889. They play every Wednesday throughout the summer months. The music ranges from Baroque to Romantic. Even if organ music is not your favorite, the architecture is breathtaking.

Amsterdam’s largest city park. Open to the public in 1865, it offers theater, dance, and music in the open-air theater as well as beautiful views of very old trees and statues. It is a lovely escape from the commotion of the city.

The Seasoned Traveler pursues experiences that explore the culture and beauty of any adventurous city. From museums to symphonies, we search for cultural escapades that will stimulate the mind, enhancing your travel experience. Let us know what you think! Connect with us on Twitter, LinkedIn, Facebook or Instagram.