Sophisticated Delights of Berlin  By SabbaticalHomes
On January 24, 2017 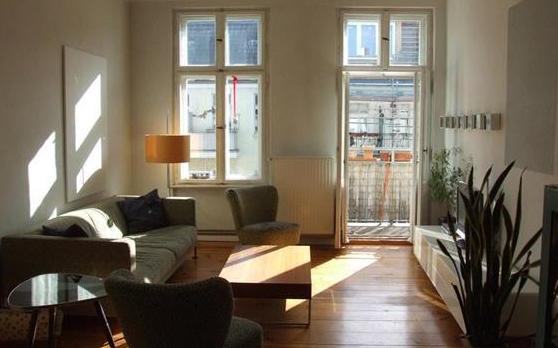 The earliest record of people living in Berlin dates back nearly one thousand years. In the 13th century, the towns of Berlin and Köln existed side-by-side. They merged in the early 14th century. While there were periods of oppression in Berlin, there were also periods of religious tolerance. In the late 17th and early 18th centuries, religious minorities were encouraged to settle in Berlin under the auspices of protection by Frederick William. Then, during the Enlightenment, Berlin became a center of learning, even when the surrounding area was controlled by Russia. All of this means that Berlin has a great deal to offer when it comes to history and culture.

A building that spans centuries. Construction began in 1465 as a modest parish church. It gained the attention of Friedirch the Great in the 18th century, when he build what is called the “Old Cathedral.” From then, different architects added new touches, until 1888 when Wilhelm II advanced to the throne and authorized the Old Cathedral’s destruction. In its place was built the cathedral we see today. In addition to services, the cathedral offers concerts and tours.

It is indeed an island on the Spree River in Berlin. There are five museums in all. The first was built in 1824, and the most recent in 1930, with modern remodels and repairs. It is considered a UNESCO World Heritage Site, and for good reason. There are so many things to see and do, that it would be wise to take your time and spread out your visits over a few days. There is the Altes Museum, the Neues Museum, the Alte Nationalgalerie,the Bode Museum, and the Pergamonmuseum. Each houses a unique collection and architecture.

The Havel and Spree Rivers

See the city from a different point of view from a cruise down one if its rivers. The two main rivers in Berlin are the Havel and the Spree, not to mention all the canals. There are dozens of companies to choose from, and just as many types of cruises. You could tour the bridges of Berlin, see historic sites, experience forests and lakes just outside the city, or enjoy dinner and a sunset cruise.

The most significant “palace of the former Brandenburg electors, Prussian kings and German emperors in Berlin,” according to the website. It was originally constructed at the close of the 17th century, and various rulers added their own touches ever after. Inside was rumored to be the famous “Amber Room,” which has yet to be rediscovered. A great deal of time and money has been and is still being spent to restore this palace to its former glory.

The Seasoned Traveler pursues experiences that explore the culture and beauty of any adventurous city. From museums to symphonies, we search for cultural escapades that will stimulate the mind, enhancing your travel experience. Let us know what you think! Connect with us on Facebook, Twitter, or Google +.