Five Most Romantic Cities  By SabbaticalHomes
On February 6, 2015 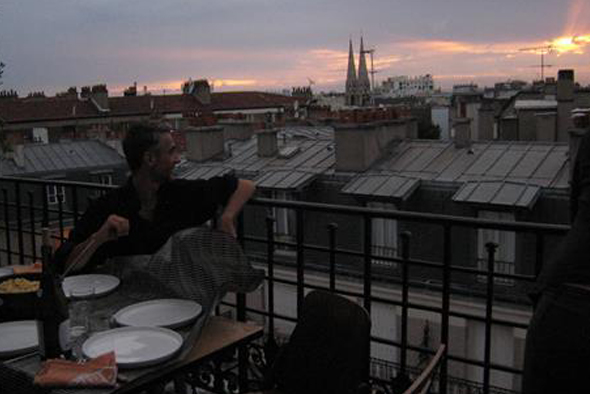 Valentine’s Day is right around the corner and love is in the air, and so we’ve picked out five of the most romantic cities in the world. Sure, sabbaticals aren’t necessarily supposed to be romantic trips, but if the city that you spend yours in also happens to have some romantic elements, that’s just an added bonus, right?

Is it even possible to look at the Eiffel Tower and not start to feel the love in the air? But besides this obvious beacon of romance, the city has much more to offer. The city is ideal for exploring on foot, with many cobblestone streets and boutiques that are ideal for wandering couples looking to get lost for a few hours. And the French tradition of wining and dining has pretty much set the standard for the romantic meal experience.

Barcelona offers many unique activities and destinations for its visitors. The courtyards and backstreets of the Gothic Quarter can fill an entire afternoon of exploration, while the coastline of the city is absolutely breathtaking. And of course, Spain’s nightlife is the stuff of legends, with plenty of interesting restaurants, bars, and clubs that are ideal for soaking in Barcelona culture.

The city of Florence provides a little something for everyone. Boboli Gardens features sculptures from the 16th-18th centuries. Uffizi Gallery is home to Renaissance and religious art. And there’s an abundance of classical music, with intimate theatres such as historic opera house Teatro della Pergola.

Hawaii in general already epitomizes most peoples’ ideas of paradise, and the state’s capital is no exception to the rule. Honolulu is home to the Hawaii State Art Museum, which features traditional Hawaiian art by local artists. The city also boasts a number of spectacular gardens, such as Lili’uokalani Botanical Garden and Walker Estate. And we’ve also been told that there’s a little bit of beautiful beach to explore, too.

Although nearby destinations like Paris and Rome have long been considered must-see cities for travelers looking for romance, Prague has its own charm that is seeing it quickly move up the ranks. Prague-Venice cruises provide breathtaking views of the Vltava in replicas of century-old boats. And there’s plenty to feast your eyes upon when strolling through the cobblestone streets of the city – from the enchanting homes to the spellbinding castle grounds.