Notable Member: French Photographer Julien Oppenheim  By SabbaticalHomes
On May 3, 2014 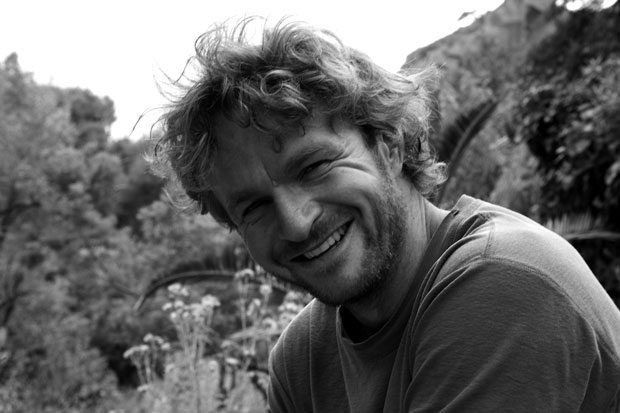 Once bitten by the travel-bug, who knows where it’ll take you. Julien Oppenheim shares his touching story, revealing the joy of arriving in a soulful place.

Notable French photographer Julien Oppenheim loves to travel. The son of former university professors was bitten by the travel bug at a young age while adventuring with his parents. He has been on the move ever since. “I love being in cars, gas stations, train, train stations, airport, planes, harbors, boats….all these “in between” spaces and times, where everything is open, possible, unachieved” he remarks.

Growing up in beautiful Aix-en-Provence, Julien always dreamed of becoming a photographer. His ambitions were dashed when he did not receive admission to the Ecole Nationale de la Photographie in Arles (in the south of France). Deciding to pursue an alternate career, he entered the local political sciences institute (Sciences Po) instead. After four years of studying politics, but still dreaming of photography, Julien made the move to Paris. He assisted fashion photographers–learning the craft from them.

Upon his arrival in Paris in 1998, Julien sought the advice of local shopkeepers–asking if they knew a nice place to rent. Their local knowledge led him to a beautiful Parisian flat in the 11th arrondissement. His days there as a bachelor were numbered after meeting his charming next door neighbor, Emmanuelle. The pair fell in love, she moved in, and they decided to purchase this very special place. After spending five marvelous years in Paris together, and welcoming two children into their lives, they decided to move back to Julien’s hometown in the south of France.

The family now rents out their memorable Parsian flat on SabbaticalHomes.com. 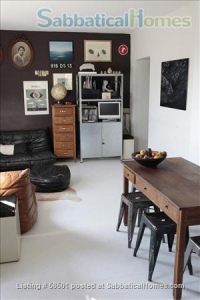 They’ve left their bright and airy place the way it was when they were living in it: filled with carefully chosen furnishings and walls adorned by pictures of Emmanuelle’s ancestors and Julien’s photography. When asked about renting out a place so close to their hearts Julien says, “I think people care about arriving in a place that’s soulful, where other people have been living. We have welcomed people from Ireland, Germany, US, Norway, Canada, Chile, always through SabbaticalHomes.com. I have to say here that your website is absolutely excellent, that you can feel, and it is very rare, the people behind it. Our apartment is only on SabbaticalHomes.com, for years now, and we love it. Thank you.”