Faculty Q&A: GWU Professor Robert Entman  By SabbaticalHomes
On May 2, 2014 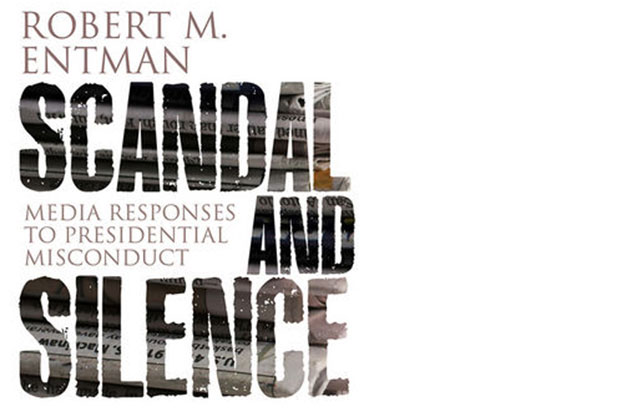 George Washington University Professor Robert Entman describes how through the art of framing public opinion, silence is no more.

Robert Entman is an expert in the area of framing public opinion and the media. A well-published author on the subject, his newest book concentrating on media biases is currently in the works. Among other published titles, his latest two books focus on the media’s effect on presidential scandals– Scandal and Silence: Media Responses to Presidential Misconduct— and U.S. foreign policy–Projections of Power: Framing News, Public Opinion and US Foreign Policy. Currently, he is J.B. and M.C. Shapiro Professor of Media and Public Affairs at The George Washington University.

We recently caught up with Professor Entman for a brief Q&A:

Q. One of your areas of expertise is framing and public opinion. How does framing work and is it generated by the media, the politician, or both?

A. To frame is to select and highlight some aspects of a perceived reality in a way that promotes a particular interpretation. Many frames are already stored in our common political culture, and they provide handy ways to simplify and summarize new information. The frames we see most often are the product of interactions between politicians or others (pressure groups, activists) peddling a line that supports their interests, and journalists who are trying to craft interesting stories.

Q. How does framing work in an election cycle? Would your book ‘The Black Image in the White Mind: Media and Race in America’ change considering the election of President Obama?

A. In many ways elections are precisely contests over which party’s frames will dominate the media and voters’ thinking. The book argued that both overt and subtle racial stereotypes and framing continue to influence white Americans even though great strides have been made in eliminating old-fashioned degrading racism that claimed whites as a group are genetically superior to blacks. There’s actually some controversy among scholars over whether Obama would have received even more votes in 2008 and 2012 if he’d been white rather than African American. Some say yes, others say he gained substantial numbers of votes from whites who wanted to see the US elect a black president. Note that classifying Obama as black is another example of framing since he is, in fact, 50 percent white and could be considered bi-racial; in this instance he chose to frame himself as black.

Q. Did your travels to Madrid, Paris and Berlin take you there for your work, exploration, or a bit of both?

A. I was in Europe as a Humboldt Research Prize winner and spent the bulk of my time doing research and writing in Berlin. However I also did research while in the other two cities, and of course spent time exploring the great museums, cathedrals and other sights of the three countries.

Q. What did you enjoy most about the homes you stayed in while traveling?

A. All three apartments were in wonderful, distinctive, and convenient neighborhoods that were dominated by genuine residents of the city rather than tourists. My wife and I loved being able to walk around our neighborhoods or to hop on a bus or subway. We thoroughly enjoyed not owning a car for a year.

Q. What is your dream sabbatical/travel destination?

A. You can’t get much better than Madrid, Paris and Berlin but I wouldn’t mind spending an extended period in Australia or New Zealand.

Sara Priztkat frequently corresponds with Sabbatical Homes members via our communications team. Her goal is to help you optimally use our site to find, or offer, the perfect home exchange or rental. She also enjoys writing about our members, their adventures and accomplishments.