Top 5 Cities for Classical Music Lovers  By SabbaticalHomes
On January 9, 2015 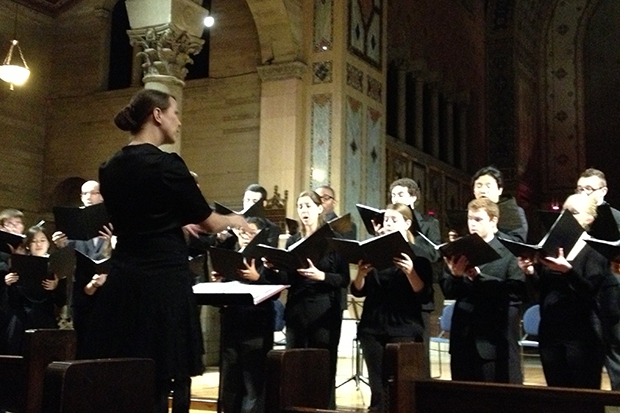 If your new year’s resolution includes collecting more memories than things, this list is for you! For classical music lovers and those only beginning to enjoy this beautiful art form, we count down the top five destinations to check out this year.

Looking for orchestral music? Gramophone Magazine recently declared the Royal Concertgebouw Orchestra to be the top orchestra in the world. How about opera? The Dutch National Opera is small, but impressive nonetheless. In fact, that sentiment is suitable in describing the entire music scene of Amsterdam. Though the city has less than a million residents, it is able to support some of the finest chamber and large-scale classical music in the world. So why just number five on our list? In 2011, a conservative parliament slashed funding for the arts in the Netherlands. The decision is still intensely debated. But for now, many of the city’s brightest stars have been forced to look elsewhere for work. Nonetheless, Amsterdam is still just as much a hotspot for classical music as it is for great Indonesian food.

The home of Lincoln Center has got it all. Though financial issues have led to the downfall of the New York City Opera, the city is still strong. The Metropolitan Opera (“Met”) is the largest classical music organization in the United States. That’s not to be outdone by the New York Philharmonic, which was so long tied to the titan of music, Leonard Bernstein. More adventurous music seekers might catch Terry Riley or Steve Reich at Le Poisson Rouge in Greenwich Village.

Holding nearly two thousand seats, the Palais Garnier is one of the most beautiful opera houses in the world. If you don’t have time to catch a performance, at least take a tour of the building. Paris has a long tradition of being home to some of the world’s greatest composers, including Debussy, Chopin, and Liszt (though none of those people were actually Parisians by birth). The tradition of hosting prominent composers continued into contemporary music, most notably because of Pierre Boulez’s IRCAM – the institute that broke ground in the arena of technology used for the creation of music.

The conductors of the Berliner Philharmoniker reads like a Who’s Who of Classical Music. Simon Rattle, Claudio Abbado, and Herbert von Karajan are its most recent principal conductors. The list doesn’t get any less impressive when you go back even further. Visitors have their pick when it comes to the opera. Berlin is home to the Deutsche Oper Berlin, Komische Oper Berlin, and Staatsoper Unter den Linden to name a few. In addition to hosting superstars like Daniel Barenboim, the city has a growing population of young, adventurous musicians because of the city’s affordability and cultural institutions.

What would music be without London? The BBC Proms is an eight-week series of concerts in the Royal Albert Hall. It is one of the, if not the, largest annual classical music events in the world. It is so popular that some concerts feel almost like major sporting events. The United Kingdom is also a powerhouse of classical music media, including BBC Music Magazine, Gramophone, and a multitude of radio and television programming. Howard Goodall’s programs are especially noteworthy in their presentation of music in a way that can be accessible to anyone. A quick look at TimeOut Magazine will show you that there is simply something happening in London every single day when it comes to classical music. London thrives on an ancient tradition of importing foreign talent. This has been done at least since the days of Handel and Haydn. It doesn’t have to be British. It just has to be good.