Founder on the Move: FemmeQ Summit  By Sonia Morin
On September 6, 2018

Founder on the Move: FemmeQ Summit 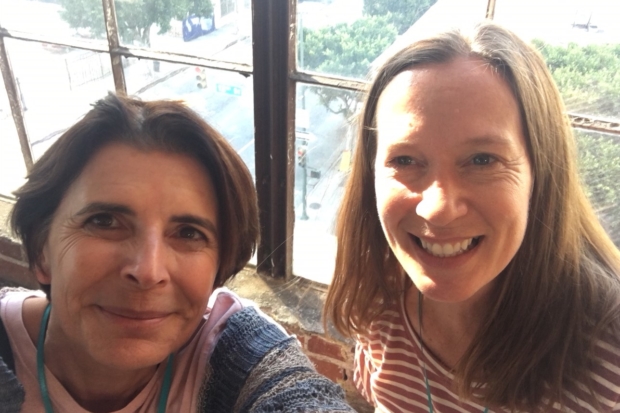 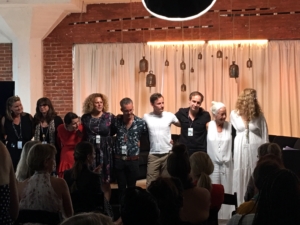 Sometimes it is important to take time out and do something which you intuitively know will inspire you. I listened to that inner voice and decided to take two days off work to attend the FemmeQ Summit in Los Angeles. The focus of this event was to honor the feminine principles in both men and women in order to create a new future and solve the problems we face today as individuals, as a community, and as a society in the areas of business, peacebuilding, politics, arts and culture, health, ecology, and education.  Their mission is ambitious, but walking away I want to be hopeful that in each of us, especially in our SabbaticalHomes community, there is enough feminine intelligence and world awareness to help achieve this mission.

I met Kristine Moe who felt inspired as she returned to work at USC. Here is what she wrote:

“I went back to work at the university feeling inspired after the two-day FemmeQ Summit in Los Angeles. My response to a fellow board member about the lack of a cohesive, leadership training program at the university was, ‘Then let’s imagine and build it. We have the platform to do so.’”

Kristine’s key takeaways from the summit:

Kristine is the current president of USC Women in Management (WIM), which was formed by twenty women at the University of Southern California (USC) in 1979 to empower the women who work at USC and to have women represented in the leadership positions at the university. At that time, the goal was to have more women represented at the management level.  Kristine states that now, their goals have evolved to also ensure that more women are represented at the highest levels of the institution.

Kristine goes on to say that USC WIM is an independent, volunteer organization that has been honored by the university administration for its role in empowering women at the university for the past 39 years. However, it was a structure that was not offered by the institution; it was a community that was created by like-minded, forward-thinking individuals who felt compelled to come together to make the changes they sought and were needed. 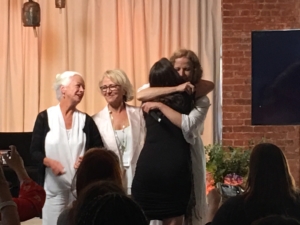 Marian Wright Edelman, founder and president of the Children’s Defense Fund (CDF) and advocate for disadvantaged Americans, presented at the USC Gould School of Law this past fall as part of USC’s Visions and Voices speaker series. Many memorable words were spoken, but the ones that have stayed with Kristine, and that she has repeated quite often, are: ‘Follow the need.’

This same point was made by FemmeQ co-founder Karen Downes who opened the second day of the summit by reading an email written by a participant addressing the current political climate which was an elephant in the room during the first day of the summit. The email stirred emotions and provoked profound discussions. The conclusion? Be strong as an individual; find even greater strength by forming a community of like-minded, strong and grounded individuals; and “follow the need.” It is time to offer the world our talents for a greater good.

Kristine shared that, in many ways, the lessons were the ones she learned in her coaching training and they are the lessons she works to impart to her clients as a life coach.  “However,” she continued, “it’s an extra treat when you get a chance to retreat from everyday life and gather in the lovely Hudson Lofts of downtown Los Angeles amongst women and men from around the globe who are determined to make a positive impact for the greater good.”

I was also reminded by the Millennial panel speaker: “Purpose and work do not have to be tethered.” Remember to do things that fill you, even if it is not for pay. Write, dance, advocate, travel, laugh, organize, play—do your thing. We will all be stronger for it.