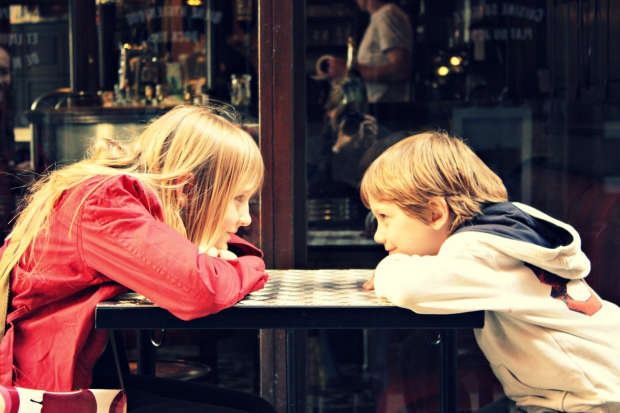 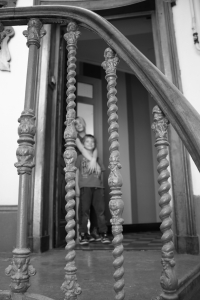 American writer and psychotherapist Kristin Duncombe has lived in Europe since 2001. As the child of a US diplomat, she grew up overseas and has subsequently lived internationally most of her adult life. During her career working with international families, she has written two memoirs that address specific challenges and idiosyncrasies of the expatriate existence: Trailing: A Memoir and Five Flights Up: Sex, Love, and Family, from Paris to Lyon.

Kristin joined Sabbatical Homes in 2010, when her husband, Tano, was transferred from Paris to Lyon, and she felt uneasy about leaving the first “permanent” home she had ever had: a beloved 60 square meter apartment in the heart of the 11th arrondissement in the Quartier Oberkampf. What follows is a passage from her book Five Flights Up that will speak to fellow members of our Sabbatical Homes community, both home-owners and home-seekers:

In France it is extremely difficult—impossible, even—for an owner to evict a renter from their property, even if the renter has stopped paying rent. We have heard horror stories of people paying heavy mortgages on properties that have been taken over by delinquent renters who stay year after year, rent free, protected by the legal system. This extreme protection of the renter falls under la loi Alur, which in my mind sounds fittingly – for the corrupt or insolvent renter, that is—like “the alluring law.”

Given my utter terror of getting an unevictable squatter in my beloved cozy nest, I decide that the only people I can trust to move into our apartment are people that have full-fledged lives elsewhere.

In other words, people on sabbatical.

I list our apartment in the Oberkampf kibbutz on sabbaticalhomes.com:

635 square feet, Quartier Oberkampf, comes fully furnished with Internet, electricity, and the owner, who will be there maximum two nights per week.

Tano flips when he sees the announcement. “You’re renting out the apartment with you in it? What kind of deal is that?”

To me it makes perfect sense. I am going to be in Paris two days per week anyway for work. The neighbors have already extended their “door is always open” policy. But I can’t leave Paris, rent out my pad, and then freeload elsewhere in the building. The most obvious arrangement seems to be renting our two- bedroom as a one bedroom, and keeping one of the rooms for myself.

But this brilliant ploy to let-go-without-really-letting-go falls apart for a variety of reasons. The first comes in an unexpected show of support for the trailing spouse from Monsieur le tax collector: Apparently, any expenses I accrue while back in Paris for work—such as hotel and restaurant—can be considered a business deduction, since it isn’t my “fault” that my husband has taken a job elsewhere, forcing me to move far away from my professional activity. If I stay in my own apartment, however, I won’t be able to claim any deduction.

“Nor will we be able to collect a full rent from anyone that has to be roommates with you,” Tano points out, sternly.

Reluctantly I change the text of the ad:

635 square feet, Quartier Oberkampf, looking for a family who will love our home as though it is their own.

Almost immediately I make contact with a professor from Kent State University, who is looking for a two-bedroom apartment for himself, his wife, and his ten-year-old daughter. He is so earnest about finding a good place for his family—a real home, he writes—that in a flash I know that they are “the ones,” and all I want to do is move them in and make them the guardians of our ghosts.

I rent the apartment—without me in it—to the Kent State family. But as soon as the lease is signed, I feel jittery. If our spot in the Oberkampf kibbutz is occupied, we really are leaving. 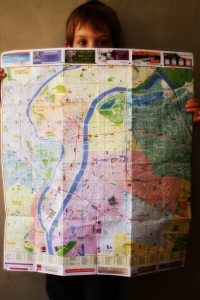 And leave, Kristin and her family really did, first to Lyon, and now to Geneva. Since the lovely family from Kent State moved in, their beloved cozy home has been occupied by families from the United States, Mexico, Brazil, Switzerland, Canada, Japan, and the UK, and the experience has been consistently positive. “Positive is actually an understatement,” Kristin says. “We have had the pleasure of meeting incredibly dynamic, smart, interesting people from all over the world who have not just taken care of our apartment, but who have become friends. Sabbatical Homes has been a real gift that way.”