Founder on the Move: Dr. Angela Iovino in Washington, D.C.  By Rebecca McCalla
On December 5, 2019

Founder on the Move: Dr. Angela Iovino in Washington, D.C. 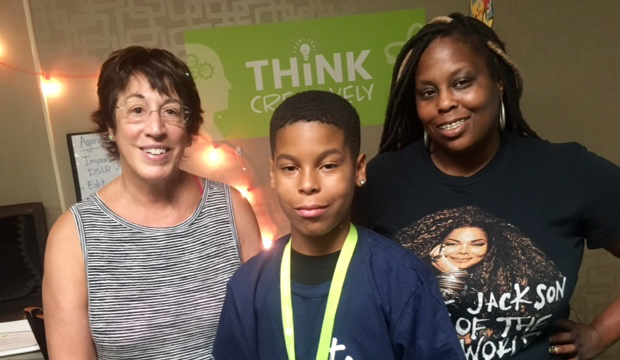 SabbaticalHomes founder, Nadege Conger, takes every opportunity to meet with members around the world, not only to hear about their home sharing experiences, but to be inspired by the ways these individuals impact their communities.

Earlier this month, Nadege met a lovely SH member, Dr. Angela Iovino, while in Georgetown. This would quickly turn out to be another example of the inspiring individuals she meets through the SabbaticalHomes network.

Angela has been a member of Sabbatical Homes since 2008, with two listings in Georgetown. She offers a beautifully furnished one-bedroom apartment, and separately lists a private room and full bath. Both are in a quiet 3-floor townhouse five minutes from Georgetown University. She has received only excellent reviews of her home, and she is described as a “wonderfully gracious landlady” and “a woman of culture” by guests.

She was quick to share her positive home sharing experiences with Nadege. “For ten years I have enjoyed Sabbatical Homes because I have met the most wonderful scholars from around the world.” This is a heartwarming thing to hear from someone who has been using the site for as long as she has. She went on to explain the kind of relationship she developed with her scholarly guests as “we see each other as much or as little as the guest prefers, we converse, we have a glass of wine…they are absolutely unobtrusive.”

As we all know it can be difficult to find a comfortable and respectful place to stay while away from home; it is this kind of relationship between a scholarly host and guest that makes SabbaticalHomes so special. She urges everyone to “not only be a guest of SabbaticalHomes, but also to be a host of SabbaticalHomes.”

Angela has a Ph.D. in Italian Medieval Studies and has taught at both Georgetown and George Washington University. She has since retired to focus on the development of her nonprofit organization, The Joe and Laura Iovino Foundation.

The focus of Angela’s retirement has been founding The Joe and Laura Iovino Foundation, a nonprofit dedicated to the children in D.C. most affected by poverty and violence. The nonprofit develops valuable resources for the children’s continual academic and emotional growth outside of school, as well as scholarships to attend private high schools.

Angela Iovino: Founder of The Joe and Laura Iovino Foundation

The foundation “provides impoverished children ages 10-14 from Ward 8 Anacostia, Washington DC with 3 consecutive residential summer camps in technology, the arts and athletics. The foundation sends 12 students per year and collaborates with schools to sustain academic year STEM activities to bridge the gap between summers.”

“The Berkeley Center at Georgetown University declares that one of three children in Washington DC is poor, a staggering statistic which points to the aggressive nature of poverty in the nation’s capital.”

“This past year, Ward 8 has seen 3320 total crimes and 1516 violent crimes. Among the residents, 89% percent of the households are headed by single females, and 50% percent of the children live in poverty. These statistics come from Family Services and the Police crime map.”

“Parents and school staff testify that the children demonstrate a maturity growth with improved grades; and they have communicated to me that these children have returned to their neighborhoods with coping mechanisms against trauma, anxiety, and fear.”

Angela says her foundation has seen much growth over the past six years and that she is now even placing students in private high schools with scholarships. Still, she relies entirely on donors. She asks that “If you are able to join me in keeping children safe and learning in the summer, please consider an IRS recognized tax-deductible gift this year. Administrative costs are zero dollars. All funds are designated for the children.”

We urge all who are able, to donate to her worthy cause. You can mail a check to:
Dr. Angela Iovino
The Joe and Laura Iovino Foundation
3526 S Street NW
Washington D.C. 20007

You can also donate through PayPal at Iovinofoundation@icloud.com. Please choose paying a friend to avoid fees

Find out more about Angela’s work at https://iovinofoundation.wordpress.com/

Angela is an excellent example of the positive influence the SabbaticalHomes members have in their surrounding communities. We wish her the best in her mission and hope you are able to contribute. SabbaticalHomes continually works to share the stories of the wonderful people in the SH community and spread support for their missions. Nadege is excited to think of who she will meet next!