Founder on the Move: Meeting Daniel Andler in France  By SabbaticalHomes
On September 12, 2016

Founder on the Move: Meeting Daniel Andler in France 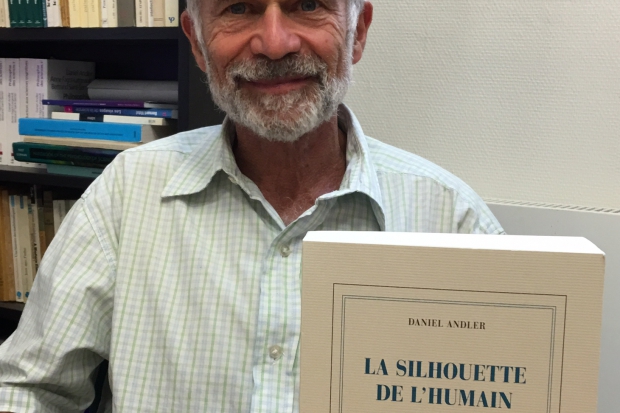 Why Professor Andler thinks SH is a gracious service.

I had the pleasure of meeting Sabbatical Homes member Daniel Andler when I was in Paris this past July. As professor emeritus at Université Paris-Sorbonne, Daniel is a philosopher of science and a cognitive scientist, still active at Ecole normale supérieure. He is married to Marta, an active philosopher as well who specializes in clinical ethics. He has spent the last five years writing his latest book LA SILHOUETTE DE L’HUMAIN, Quelle place pour le naturalisme dans le monde d’aujourd’hui? (March 2016 editions Gallimard).

Daniel explained what life is like in Paris for academics. He noted that despite low salaries and decreased purchasing power, they do have other benefits, such as absolute job security and a generous pension system. One big problem is the extreme difficulty of obtaining a sabbatical. Still, Daniel and Marta have managed over the years to cobble together sabbatical leaves of various duration.

For sabbatical travel, Daniel is happy to use SabbaticalHomes.com. He explained that academics enjoy meeting and dealing with other academics because they have a lot in common. Further, there are never more than a few degrees of separation among them. For instance, he recently found out that one of the people who sent him a query shares the same publisher!

Daniel feels comfortable using Sabbatical Homes because he trusts that fellow academics understand each other’s ethics. Besides being able to quickly check each others references, he finds they are more likely to treat each other fairly and with respect. “The ‘confrérie’ of academics is special,” he explains, “No extra guarantees are needed when you see whom you are dealing with by looking at a faculty web page from a university.”

“Sabbatical Homes serves the academic community in a climate that is enjoyable and cooperative as opposed to commercial and mercenary,” explains Daniel. “Users at SH know that they have a reputation to keep so there’s a built-in incentive to behave.”

It makes me happy to have members who understand that human relations are at the core of Sabbatical Homes. Daniel noted, “On a site like Airbnb people feel that they are being watched. On SabbaticalHomes.com people make deals on their own and are not tracked. It offers an escape from the mercantile and abusing approach of other ‘big brother’- type services.”

Daniel thanked me for creating Sabbatical Homes and told me that it offers a solution to a problem, which is what I’ve set out to do since the very beginning of the site, 16 years ago. It’s rewarding to know that so many academics have benefited from the service. And it’s promising to know that so many of you understand the core ethics of the service and keep it going strong. I’m honored to be in the company of such great minds.

Founder on the Move is a series written by Nadege Conger, Founder of SabbaticalHomes.com. She created the site in 2000 to help academics worldwide pursue their research by providing a home exchange and rental website. Connect with Nadege on Facebook.