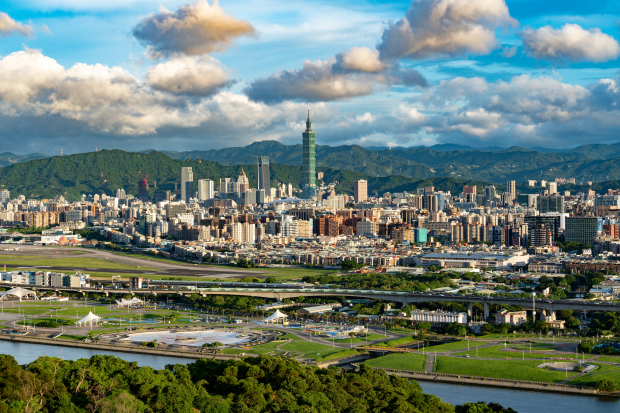 Dr. Kirk Dolan and his family have been in Taiwan since the beginning of 2020 and have had the experience of living through a global pandemic in one of the few countries that has almost completely controlled the spread of the virus.

A Professor at Michigan State University, Dr. Dolan has joint appointments in the Department of Food Science & Human Nutrition and the Department of Biosystems & Agricultural Engineering. His work is a fascinating intersection of engineering and food processing/food safety, and many of his students go on to work at major food companies like Nestle, General Mills and Campbell Soup.

The Dolans found two tenants for their Michigan home through SabbaticalHomes for this year and have appreciated being in Taiwan “for a full year in the only country on earth where the virus had almost no effect!” Read on to hear about their good timing and gratitude for being in Taiwan for most of 2020.

Related: Find Your Next Home Away from Home with SabbaticalHomes.com

Preparing for a Sabbatical

Dr. Dolan and his family started preparing for this sabbatical in July 2019 (with no prior knowledge of the virus, of course). His wife’s family lives in Taiwan, so for them it was the perfect combination of spending time with extended family and living abroad. They arrived at the end of January 2020 to spend Chinese New Year in Taiwan and to kick off his sabbatical after that.

Having taken a previous sabbatical in 2010, Dr. Dolan knew that it made more sense for him to take a full year sabbatical versus six months. In his opinion, once he puts the time into organizing the sabbatical focus, getting approval, arranging housing and logistics in both locations, it is more efficient professionally and far less upheaval for the whole family to go for a year.

For the first six months, he had lined up a teaching position with Zhejiang University in Hangzhou, China, but due to COVID travel restrictions, he ended up teaching the graduate level course online from Taiwan. He was partnered with a professor at Zhejiang University who helped ensure the students had support and assisted in coordinating their final presentations.

For the second six months of his sabbatical, he had arranged to teach a similar class at National Taiwan University in Taipei; and with Taiwan’s low virus rates he is actually able to teach in person. He’s also teaching an online class at Michigan State.

Living and Working in Taiwan in 2020

Because Dr. Dolan’s wife is from Taiwan, it was a very easy transition for their family to live there this year. They joined a church and quickly felt like they belonged to the community there. Their favorite part of living in Taiwan this year is spending time with his wife’s extended family. It has also been wonderful to live in Taiwan with very few COVID-19 infections and restrictions, and just to be able to live normal life.

“It’s fun to live in a major city like Taipei and many things (except housing) are more affordable than in the U.S.,” said Dr. Dolan. They enjoy walking a few minutes to their gym to exercise, plus their son takes swimming lessons, plays indoor soccer and gets to explore robotics and learn a Chinese juggling skill with the diabolo.  They love the mild weather; even though the summers are hot, most places have air conditioning. And one of their favorite things: “the variety and constant supply of fruit is amazing – not the same as in Michigan.”

The Dolans also appreciate another difference between Taiwan and the U.S.; there are convenience stores (7-11 and several other chains like them) all over. There’s a total of 10,000 in Taiwan, equaling 1 store per 2,300 people. The Dolans have six stores like this within 2 minutes’ walk, and these stores “allow anyone to do many transactions unrelated to the store, such as:  banking; adding cash to the public transport card; paying traffic tickets, phone bills, & taxes; paying for books for school, sending mail & money; buying coffee and ready-to-eat hot dogs, and many other things.  Amazingly, the prices on the convenience items are not jacked up like in the U.S.!” says Dr. Dolan.

The Dolans do miss their friends, family and church in East Lansing as well as the quietness of living in their suburb in Michigan.  In Taipei, traffic noise and ambulance sirens are common, since they live near a hospital. Dr. Dolan’s wife and son miss the Michigan snow for fun, but he doesn’t miss shoveling the snow to get to work!

It is interesting for the Dolans to contrast their life in Taipei this past year to their normal experiences in Michigan. There are many people from so many backgrounds at Michigan State University, compared with Taiwan, which is more homogenous. There are other differences too. In Taiwan, they find an extremely strong emphasis on academics from a very young age. In a recent PTA meeting at their son’s school, parents were very focused on academics for kids. In the U.S. those topics might be more about sports. In Taiwan, there’s also more of a competition for getting into the best schools, because academic degrees are highly valued.

Managing a Pandemic: The Taiwanese Approach

Living in Taiwan during a global pandemic has been a very different experience than living in the United States, since Taiwan has been able to control virus outbreaks and normal life has been maintained without the restrictions that have been put in place in many other places in the world.

Here’s Dr. Dolan’s take on the Taiwanese approach and why it’s working:

Taiwan “had the experience of the SARS epidemic in 2003; at that time there were 668 cases and unfortunately 181 people died, many of whom were health care workers. They decided it wasn’t going to happen again, so had a ‘command center’ set up by 2004. They always had face masks stockpiled and did practices like fire drills to prevent it from happening again.  The other measure that has allowed Taiwan to keep its virus infections so low is the tracing program; with their national health care system, each person has an identification card that links to medical and overseas travel records and allows officials to accurately contact trace COVID-19 infections.”

Because they speak Mandarin and are only 80 miles away from China, the government in Taiwan keeps an ear to the ground via social media on what’s happening in China.  At the end of December, Taiwan sent an email to WHO stating there was an issue in Wuhan (meaning COVID-19). On January 1st, Taiwan began health inspections of people on all flights from Wuhan. Taiwan sent people to Wuhan to investigate in early January and shut down all flights to Taiwan from Wuhan on January 23rd. By February 10th, they stopped most flights from China in an effort to keep the virus out of Taiwan. It helps that it is an island because it’s obviously much easier to control people coming and going.

In general, officials in Taiwan believe that individual responsibility and voluntary public cooperation are better than mandatory shutdowns. To help people make good decisions, early and consistent information was sent to schools, the public, churches, companies and to individuals via mobile phone every day. The end result is that there is a lot of goodwill and trust from the public, because the public believes the government is transparent with the information regarding the virus.

At the beginning, if you went inside a building, your temperature was taken and masks were required and hand sanitizer were supplied. Currently, masks are required only inside public buildings and on public transportation, but about two thirds of people still wear a mask when outside. From March to June, only citizens or those with a residency card could enter Taiwan, and anyone who enters is automatically quarantined for 14 days.

On June 29th, Taiwan began allowing non-tourist foreigners to apply for entry, but the quarantine requirement remains.  Interestingly, there is a partnership among the government, churches and voluntary organizations to partially subsidize the living expense at hotels identified specifically for the quarantine.  The government also provides a temporary cell phone that the quarantined person must use to receive updates and to be connected to the disease control center during the 14 days. There are free and rapid testing centers, and they used their health infrastructure to fight and contain the pandemic.

From an economic perspective, people in Taiwan know they cannot shut down their economy. It’s too small and dense to do such a thing because the recovery would be traumatic (for perspective, Taiwan is around the size of South Carolina with a 24 million population slightly lower than that of  Texas). As an example, restaurants here never shut down indoor dining; they just implemented measures that reduced chances of the spread. People sat further away from other diners and had plastic barriers between sections of a restaurant.

Since Dr. Dolan’s sabbatical is ending, he and his family have made plans to return to the U.S. While in some ways it would be nice to stay in Taiwan, they are also looking forward to returning home. They have bookended their year abroad with New Year’s celebrations, starting off the sabbatical year with the Chinese New Year and returning to the United States just before January 1st. Their son will be starting a new school in Michigan and Dr. Dolan and his wife will get back to their normal lives of teaching, working and maybe shoveling a bit of snow!

It is always a pleasure to connect with scholars and academics as they travel the world. This year has been unique, but the one thing that holds true is that we are very grateful to have members like these as part of our SabbaticalHomes community.

Let us know what you think! Have you been on sabbatical this year or are you planning a sabbatical now? We always love to hear member experiences, please comment below or Contact Us.